About project
MULTIGAME.PRO is a unique server technology with gaming zones.
As is widely known, back in 2014, it was our team that became the founder of the servers, where the game mode changed depending on the current map. It all started with CS: Source, where more than 10 interesting mods were located on one server.
Five years later, we decided to go further: now our system allows you to play several mods at once, not only on one server, but also on one map. 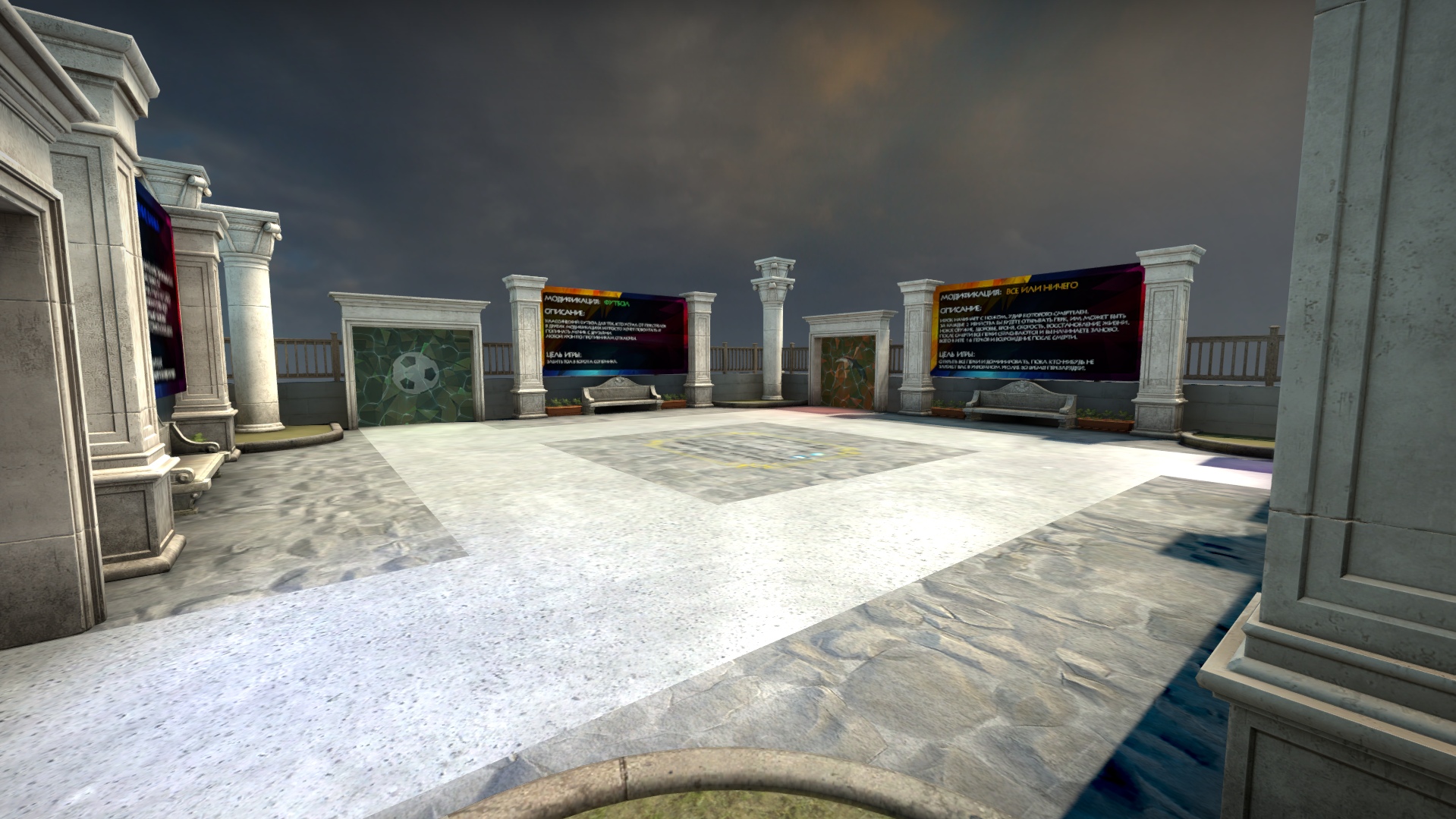 The first project was called Terra (lat .: "Earth") and has four gaming zones.
Upon entering the server, the player spawns in a beautiful hall with portals, made in the Greek style.
Each portal leads to its own gaming zone, and to the right is a plate with the name of the mod, its description and the purpose of the game for each team.
You can return to choosing a game mode by writing !spawn to chat.
In the hall with portals any damage is disabled. 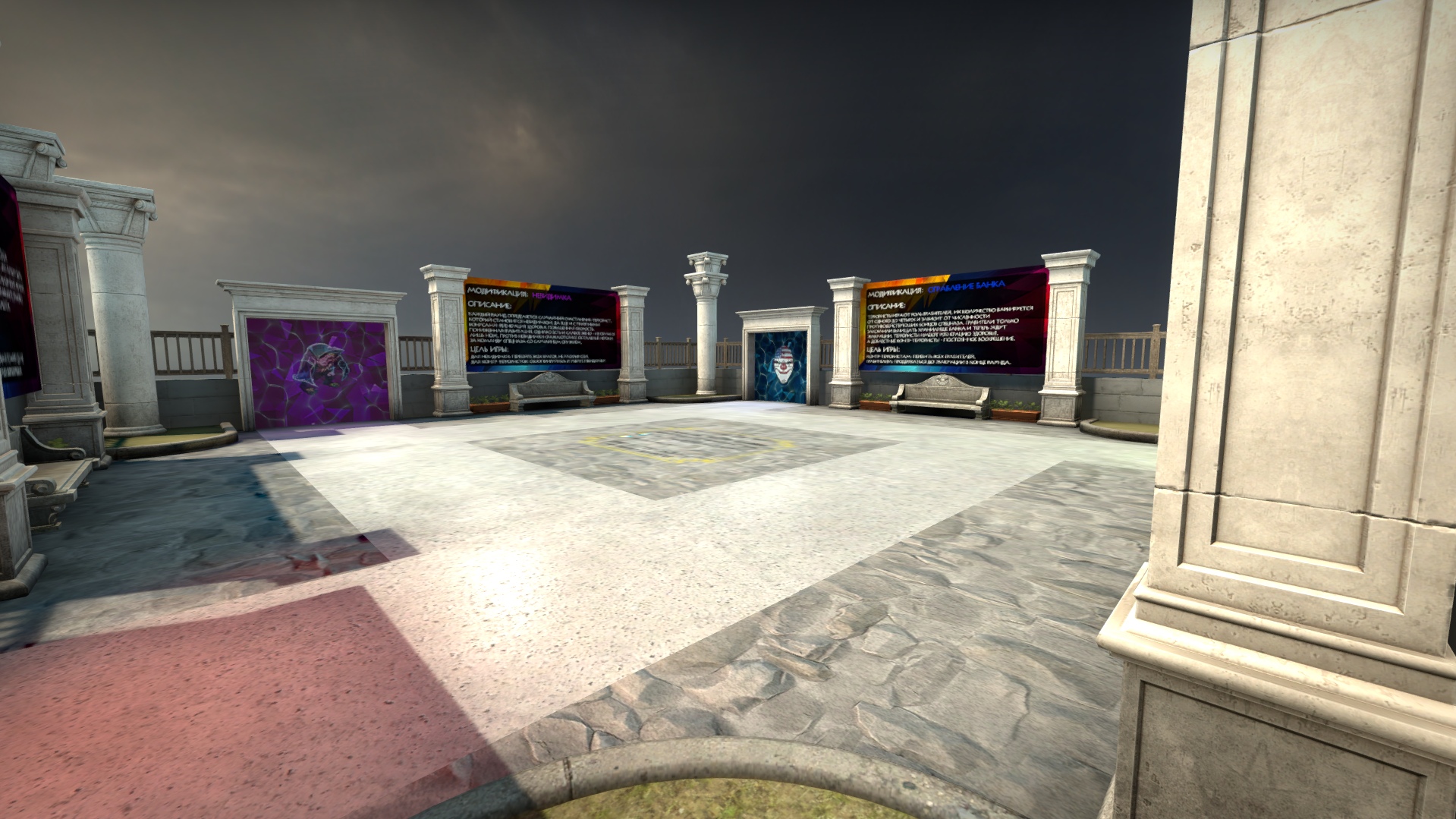 Voice chat for all players is limited to the current gaming zone.
There is a separate group of premium privileges for server monetization for each gaming zone.
Privileges can be issued in three ways: through the SourceMod flags, through the SteamID list, through the module for VIP Core by R1KO.
The system has a powerful API, so you can implement your own system for issuing privileges if necessary.
There are graphic and text ads on the map. 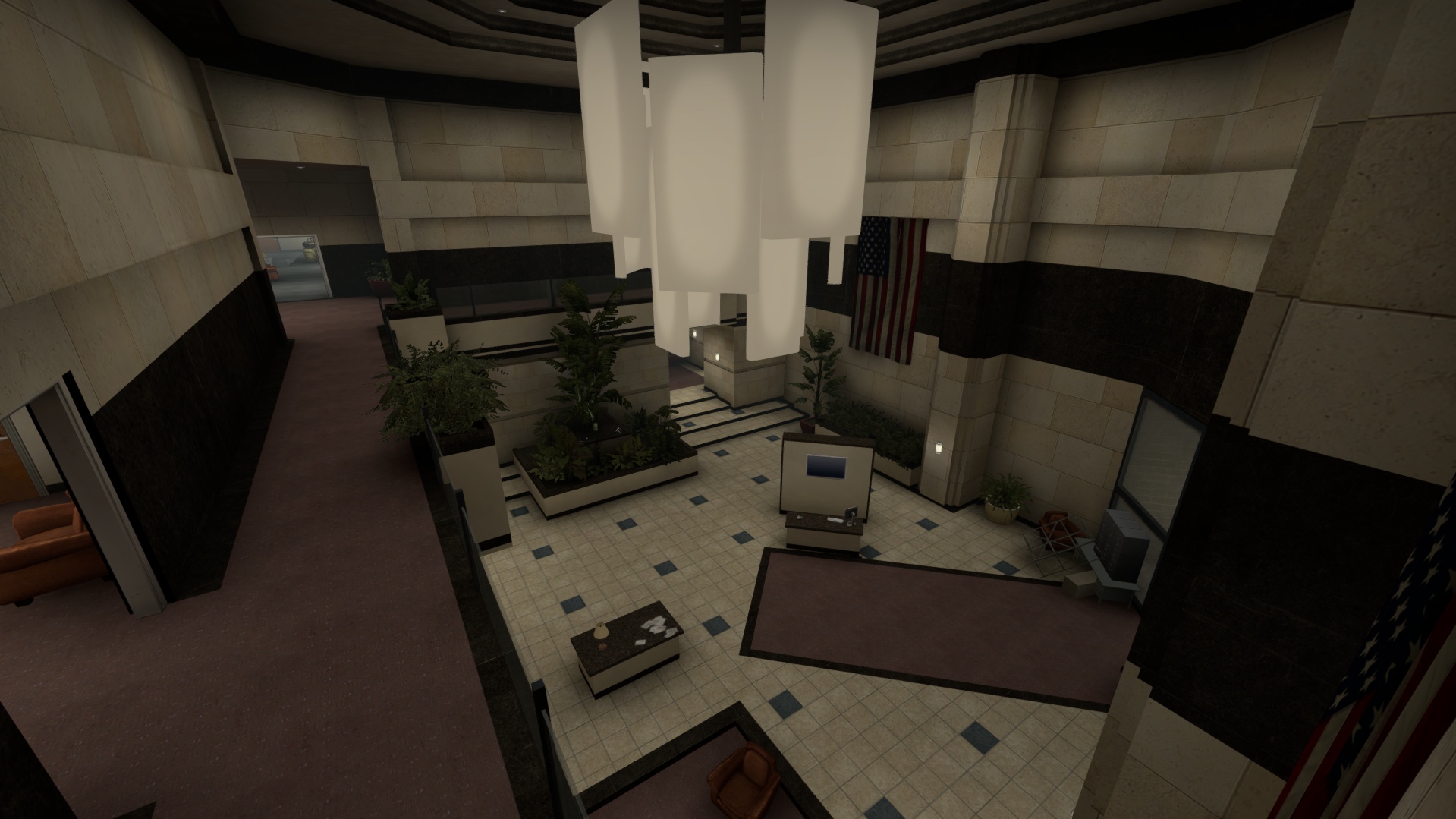 Payday
Terrorists play the role of robbers, their number varies from one to four and depends on the number of opposing special forces players.
The robbers have just finished cleaning the bank's vault and are now waiting for the evacuation.
Terrorists have health regeneration, valiant counter-terrorists have a constant resurrection. 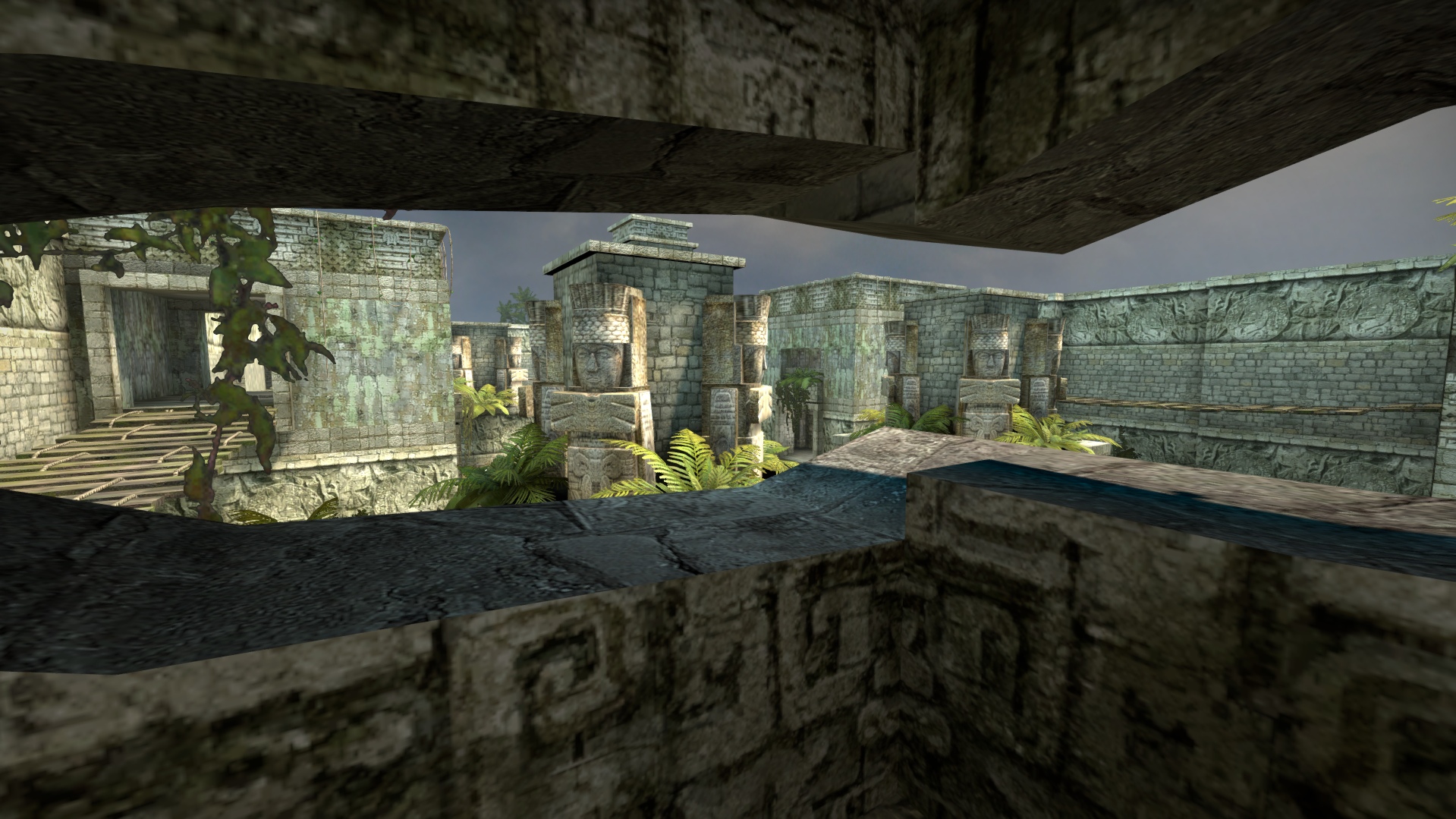 All or Nothing
Player starts with throwing knife.
A knife hit, or a blow from a fist (after throwing) is fatal.
For every 2 kills you will open a perk, it may be new weapons, health, armor, speed and special skills (restoration of throwing knives, vampirism and others).
After death, all perks are reset and you start over.
There are 23 perks in the game and a constant resurrection. 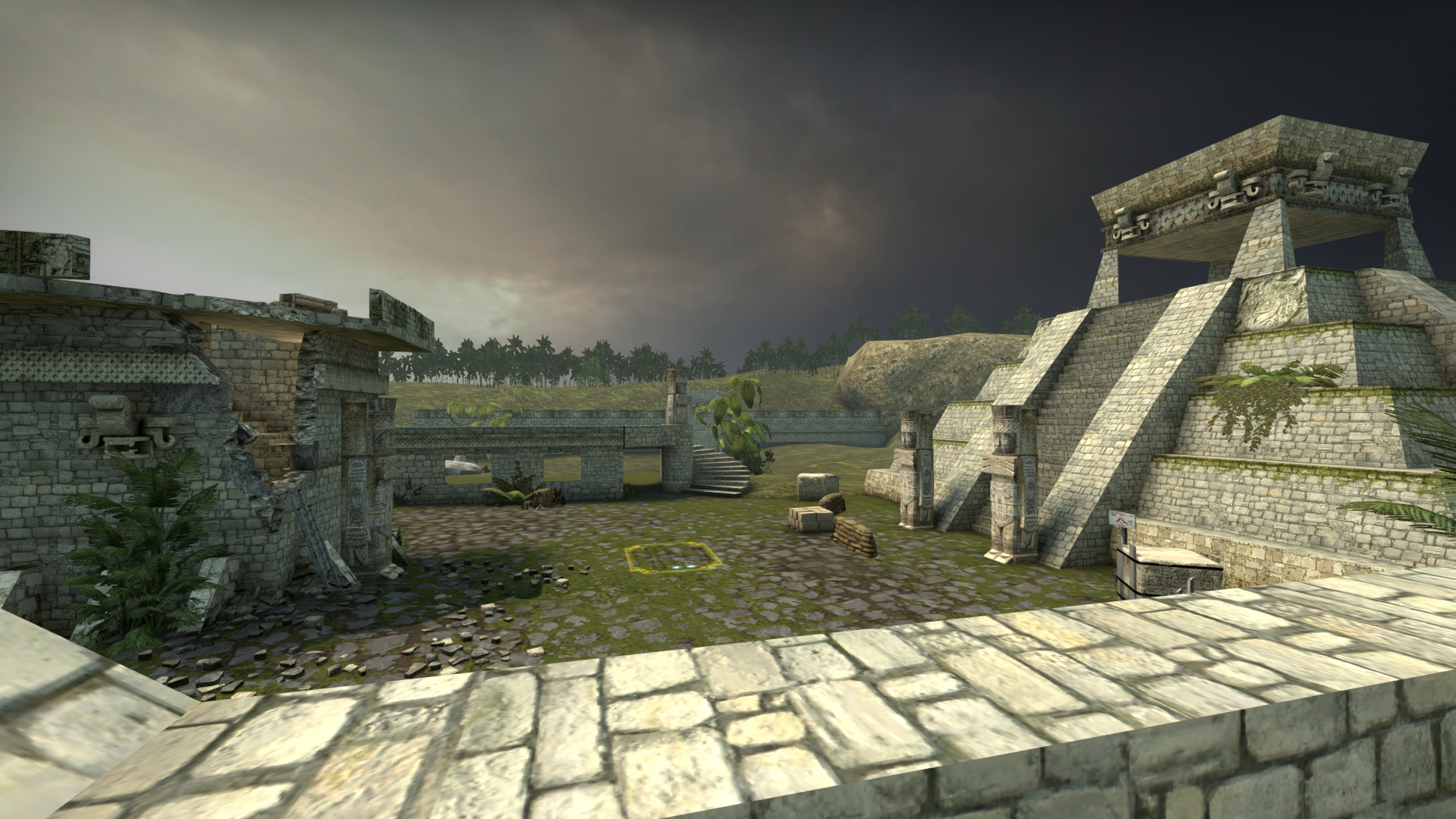 Invisible Man
Each round is determined by a random lucky terrorist, which becomes invisible, and even with pleasant bonuses: increased speed, reduced gravity.
However, there is also a weak link - the invisible has only knife.
Opponents are all the other players from the special forces team who have random weapons. 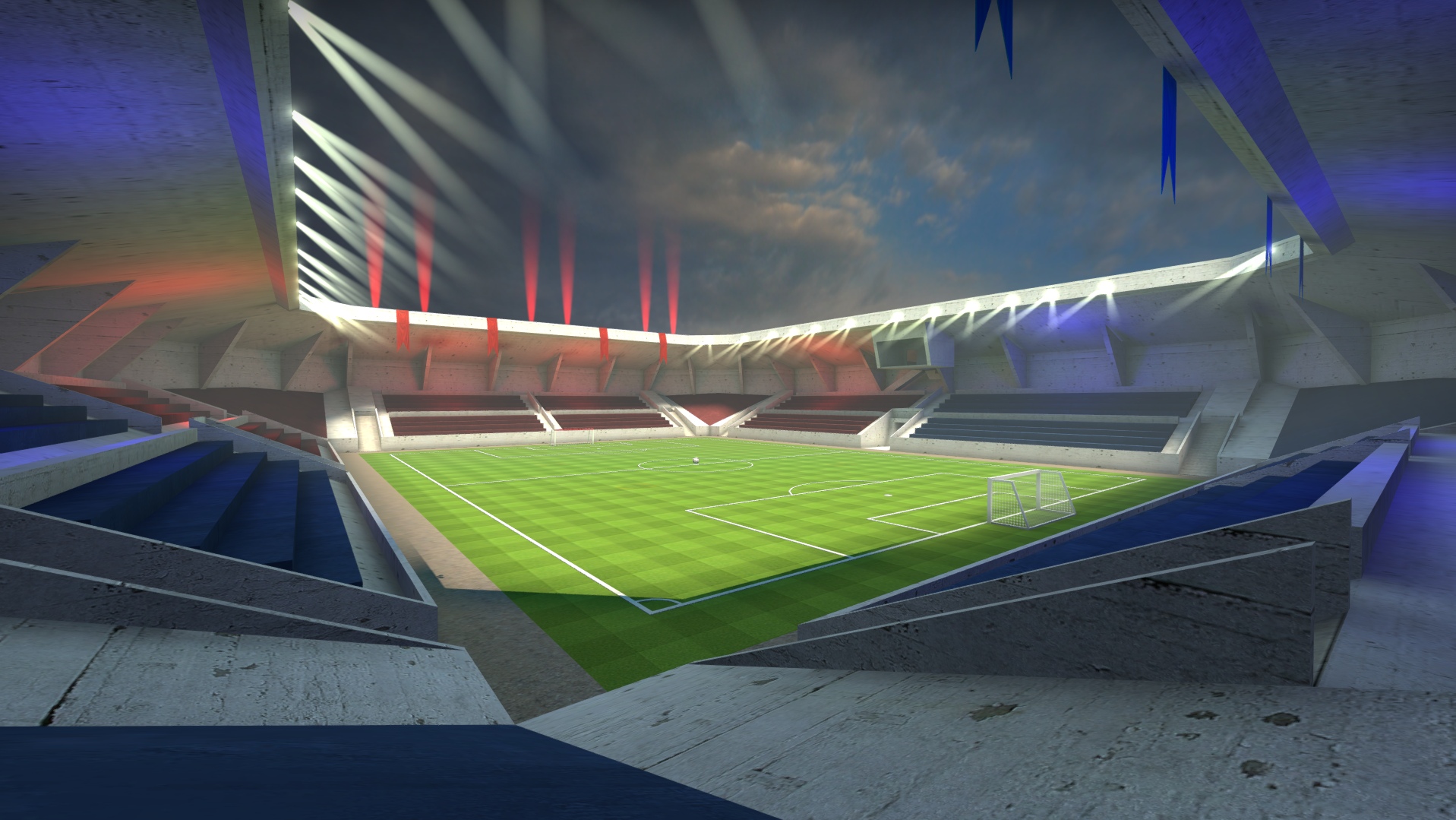 Soccer
Classic soccer for those who are tired of the shootings in other gaming zones and just want to chat and kick the ball with friends.
For more interesting gameplay there is full statistics kept: the score of the team, who made the assist, who scored a goal.
A player who scores a goal has a little chance to receive three push mines.
Any damage to enemies is disabled.